Could This Be the LAST Iceland FDC Created By a Foreign Collector??

Dave Bennett
January 6 in Promos 4 LikesVote Down
This week we’re featuring at auction possibly the LAST Iceland FDC of its kind — one officially cancelled by Iceland’s Philatelic Service, on an official Islandspóstur envelope and with a cachet created outside of Iceland! 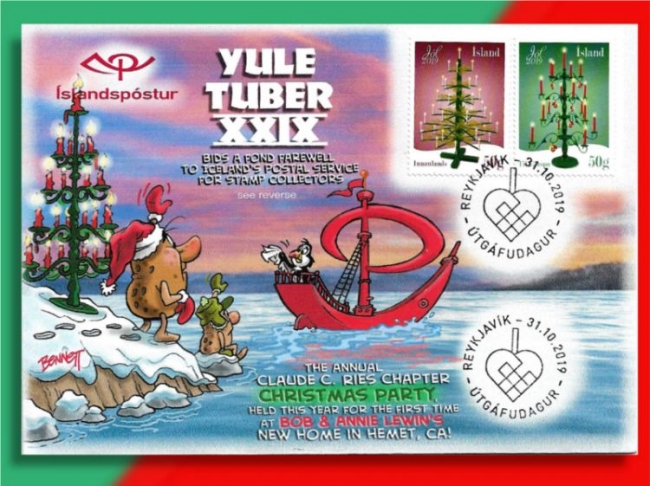 As announced in August of last year, Iceland, as of December 31, has shockingly terminated their Philatelic Service - PÓSTPHIL - that filled orders for stamps and FDCs from collectors worldwide! This Christmas 2019 FDC will be the last Icelandic FDC I can service - the end of a nearly 30-year collecting pursuit for me!

This cover is offered - with complete details as to its unusual nature - in this week’s Bennettoons auctions . . . a special edition of our weekly auctions that this week is ‘All Iceland, All the Time!’ - 7 specially-created Iceland FDCs with low starting bids and, as always, FREE shipping and handling!

So say goodbye to Iceland’s PÓSTPHIL with me . . although you probably won’t have the same copious flow of tears that I will be having!