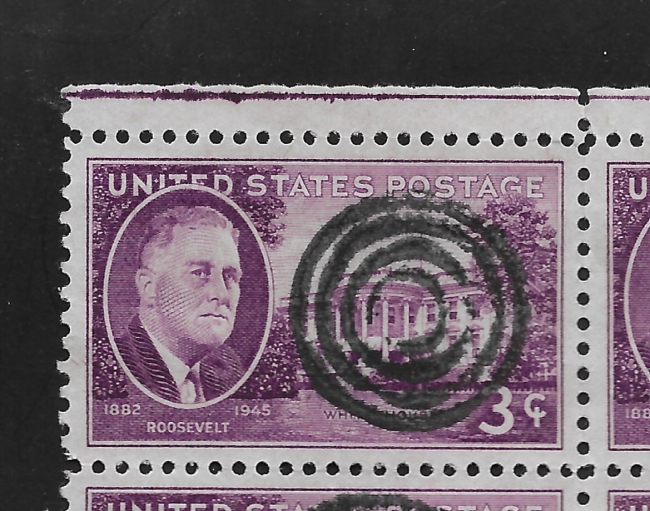 I must admit, I don't know a lot about cancels, so when a customer asked about why the circle cancel without a date I did a little bit of research and really didn't come up with a lot of information. I found that some circle cut the fibers of the stamp to obliterate. But this stamp which is a block of 4 just doesn't look like it is cut. So I thought of the hand cancel stamp.

I'm up a creek and was wondering if any of you wonderfully knowledge collectors could help to teach me and my customer the reasoning behind this circle cancel.