JJerry.Burkhart
September 13 edited September 13 in Stamp Reviews 1 LikesVote Down
I talked to a friend in Australia on these stamps:
""Hi They are revenues issued by a small town in Chiba Prefecture near Tokyo, but i haven;t seen it before. they are not silk revenues, but the character says, such and such society or union. The charcters so too old for me to understand.
"Kazuaki" "" (Gabychan) 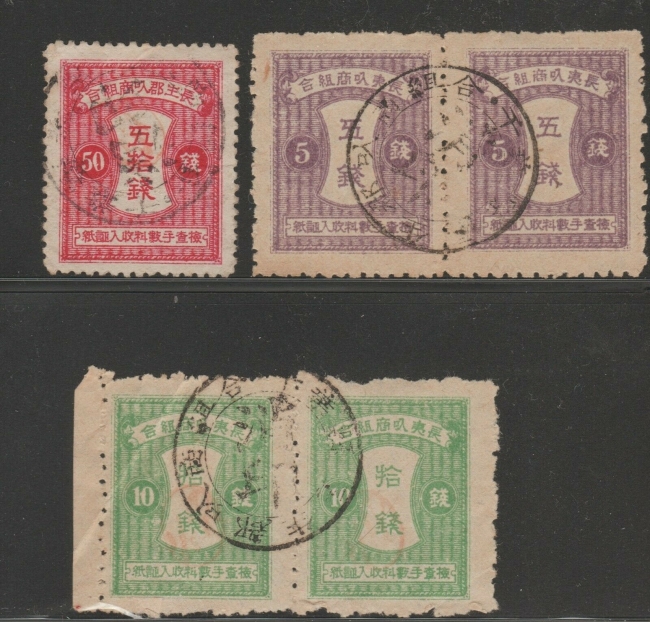 the guy is really knowledgeable on things like this and i think he reads the old text? styles? It would appear they are unlisted?