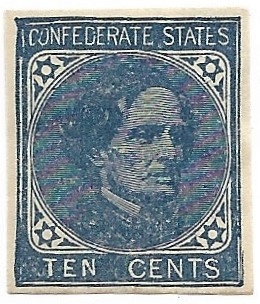 I recently received a large number of stamps from my mother and while going through them I found the attached Jefferson Davis. I have looked through my books and on websites, but can not locate such an item. Has anyone seen a 10 Cent Jefferson Davis in blue?