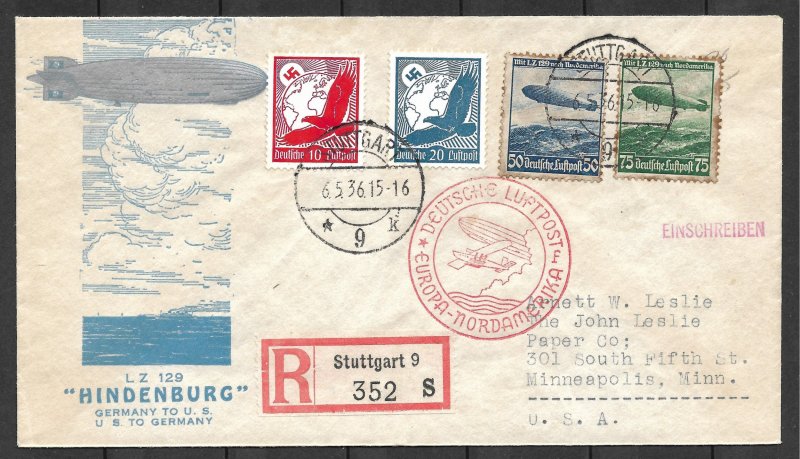 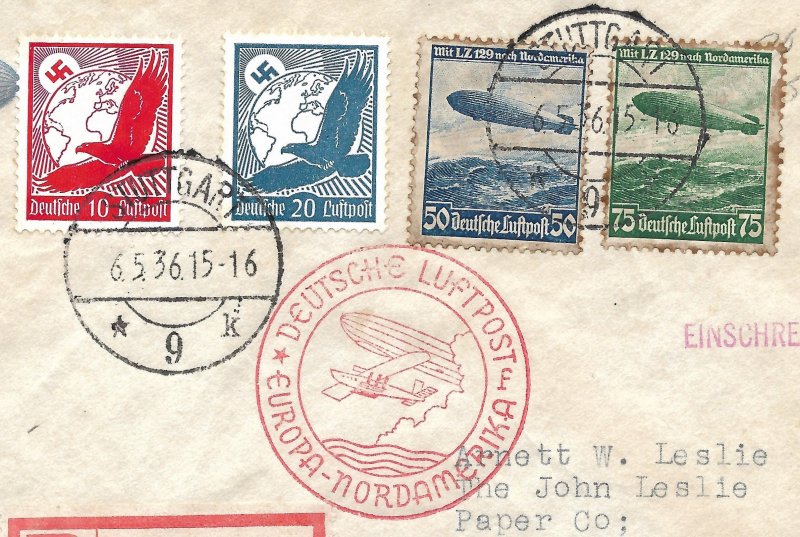 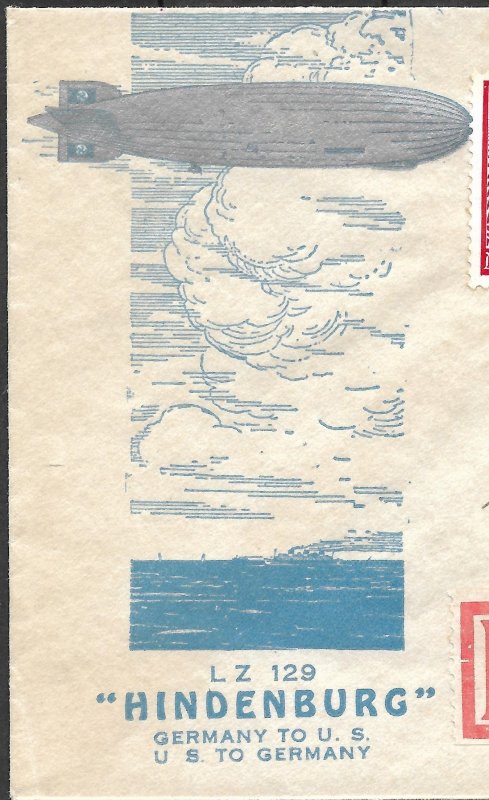 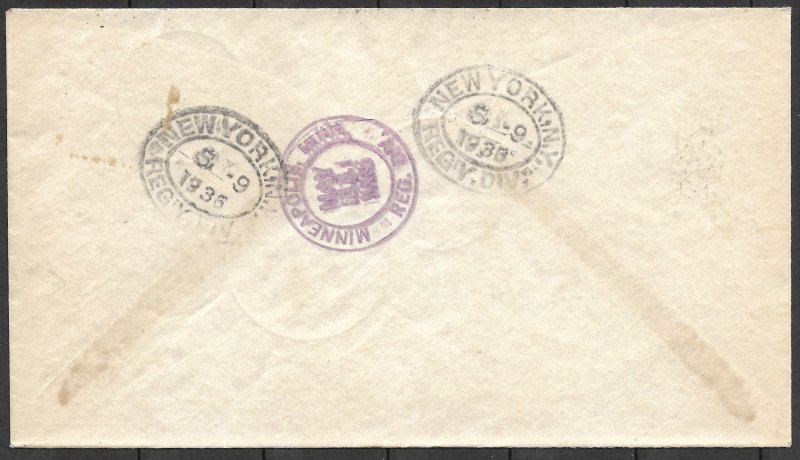 This is a very nice Zeppelin Hindenburg cover featuring a choice cachet for the maiden voyage to the United States in May 1936. The Hindenburg itself had a very short life in terms of air service -- it was destroyed in a horrific explosion as it moored in ... Read More

This is a very nice Zeppelin Hindenburg cover featuring a choice cachet for the maiden voyage to the United States in May 1936. The Hindenburg itself had a very short life in terms of air service -- it was destroyed in a horrific explosion as it moored in Lakehurst, New Jersey, about a year after this flight (1937). The pride of the German Third Reich, its destruction is documented on video as cameras were rolling for its arrival. In the decades since, there has been speculation as to the cause of the "crash" and subsequent movies.

This choice piece of early airmail service not only bears the cachet for the Hindenburg, but the zeppelin issue of 1936 featuring the massive airship. There is of course the customary red stamped marking indicative of the covers transport aboard the famed airship as well as clear Stuttgart, Germany, postmarks tying the four German airmail stamps to the cover to pay for the honor. The reverse flap bears receiving marks for New York and Minnepolis, Minn.

The stamps used to support passage aboard the Zeppelin Hindenburg include not only the 1936 issues featuring the airship, but two earlier issues indicative of the intended expansion of world influence by the Third Reich with the 10rpf and 20rpf issues featuring the swastika sun rising on a globe and eagle. In addition, there is a nice Stuttgart registry label adhered along the lower edge of the cover. The darkened areas aroound the zeppelin stamps' margins are a by-product of the gum's acidic content.

The cover is fresh and generally clean. There is no known damage.

Please note, payment is expected within three (3) days; thank you. Additional time is available on request through the HipStamps messaging option; otherwise, the stamp is subject to relisting. Thank you for taking the time to browse the stamps and covers available in the store. Offers are always weclome.

Every effort is made to generate a 5-star experience for buyers and reciprocal feedback is always appreciated.

Shipping Instructions
If you are considering other stamps at this auction or in the store, please wait for a combined invoice to pay and drop me a note to set your stamps/items aside. I look forward to your feedback and completing this auction/sale successfully.
Returns Accepted
Yes
Returns Policy
Money Back - Returns Accepted within 14 Days (Buyer pays Shipping Cost) 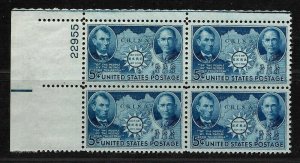 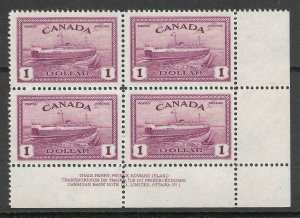 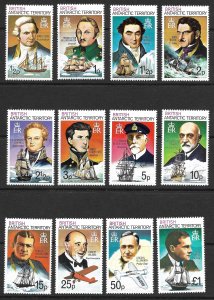