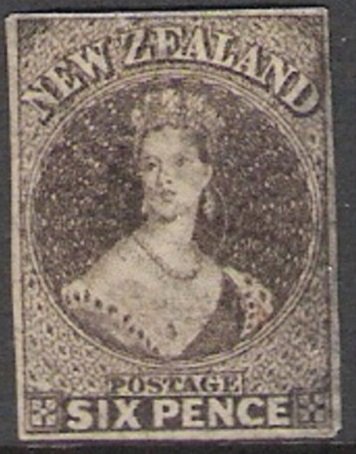 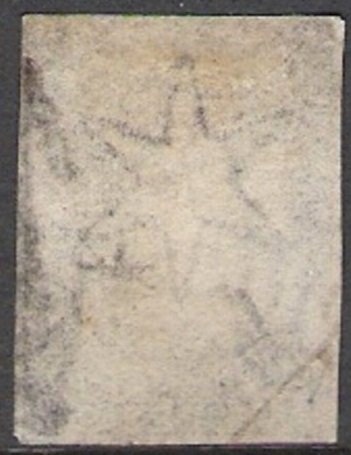 Single 6d 'Yellow/Brown' gummed stamp. Watermark 1 Queen Victoria (imperforate). The selection of the design of the country’s first postage stamps was arranged between the New Zealand Government and the printing company Perkins, Bacon & Co. of London. B ... Read More

The selection of the design of the country’s first postage stamps was arranged between the New Zealand Government and the printing company Perkins, Bacon & Co. of London. Because many of the colonists - particularly those who were responsible for the administration of the country - had left Great Britain within a year or two of the coronation of Queen Victoria in 1837, it was quite appropriate that she was depicted on the stamps as they remembered her, even though nearly 20 years had since past.

Queen Victoria became the longest-reigning monarch in English history. Born in Kensington Palace, London, on May 24, 1819, she was the only child of Edward, Duke of Kent the son of George III, and Princess Victoria. She died on 22 January 1901 and was succeeded by her son, Edward VII.

Edward Henry Corbould, R.I., completed a water colour sketch of the head and bust of the Queen based on a portrait by Alfred Edward Chalon which depicted a young Queen Victoria in her State Robes at the time of her coronation. William Humphrys then engraved the stamp image based upon this reference.

The first stamps in this series were not perforated and needed to be hand cut from full sheets. Perforating trials were undertaken in the 1860's, both official and unofficial, using various processes.

More Items from The Luck of The Gods